Table of the Patriarchs before and after the Flood

Bible Patriarchs from Adam to Noah and from Shem to Abraham

Noah was the tenth and last of the Pre-Flood Patriarchs and was 600 years old at the time of the flood.

Abraham was the tenth Patriarch after the flood; he was called by God to leave native city of Ur in return for a new land, family and inheritance in Canaan, the Promised Land.

Table of the Patriarchs before and after the Flood 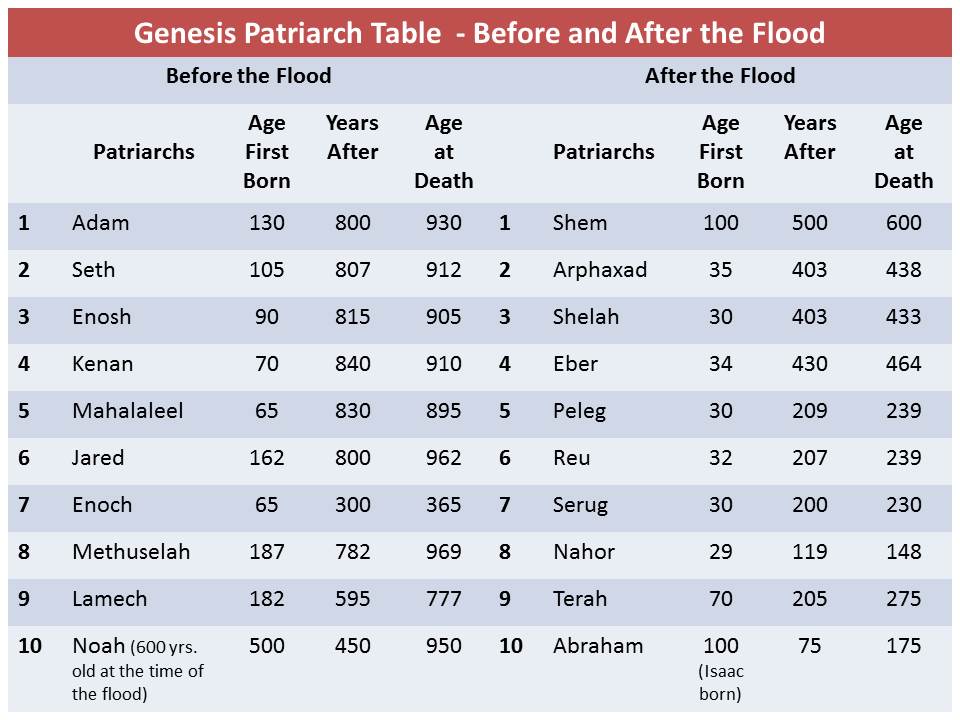 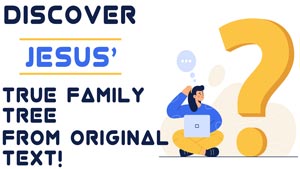 Chart of Chronology from Adam to Noah