The Gospel According to Matthew is the first book of the New Testament and one of the four canonical gospels. The other three are the Gospels of Mark, Luke and John.

The canonical gospels are the ones that the Church has recognized as divinely inspired and therefore, the texts have been approved by general consensus.

The Book of Matthew is also one of the three synoptic gospels. 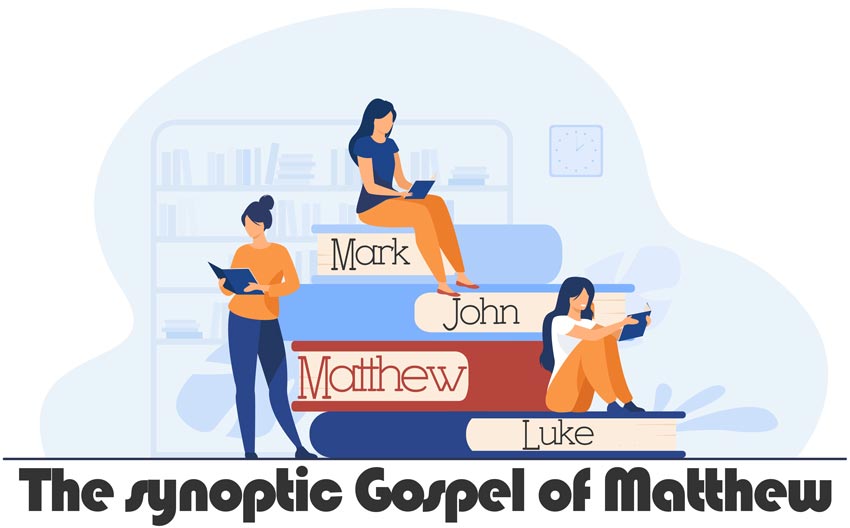 The Gospels of Matthew, Mark and Luke are referred to as the Synoptic Gospels because they include many of the same stories, often in a similar sequence and in similar wording, and present the narrative of Christ's life, ministry, etc. from a point of view held in common by all three. The term synoptic comes from the Greek "syn", meaning "together", and "optic", meaning "seen".

The account of the Gospel to Matthew is considered by many to be the most comprehensive story of Jesus, who He was and what He did during his time on earth.

Who Wrote the Gospel of Matthew?

The authorship of this Gospel is traditionally ascribed to the apostle Matthew, as early church leaders held that belief. In addition, the title "According to Matthew" is found in the earliest codices, which date to the fourth century A.D.

Matthew was a former tax collector and one of the 12 apostles of Jesus. He is also referred to as "Levi, the son of Alphaeus" in Mark 2:13-17 and Luke 5:27-28. His Gospel account includes his own conversion story of when he became a disciple of Christ and began to follow Him, thus becoming an eyewitness of the events he later wrote about.

Summary and Outline of the Gospel of Matthew

The Book of Matthew opens with the genealogy of Jesus, which is a much debated topic in Christianity, as it is different from the genealogy of Jesus that we find in the Gospel of Luke. At first sight, the two genealogies appear as an unresolved contradiction and over the centuries have left many Christians puzzled, but the explanation is actually quite simple. More on this later in this article.

Matthew is the most Jewish-centric of the four gospels and seems to have been written to a Christian audience who was either Jewish or very familiar with the Jewish traditions and beliefs. Matthew quotes the Old Testament extensively and stresses on Jesus' fulfillment of prophecies highlighting His role as Messiah, or Christ, the promised descendant of King David, the Savior of Israel and the seed of Abraham that blesses all the nations in an effort to illustrate His identity.

After presenting Jesus' genealogy and His ties with both King David and Abraham, Matthew continues with recounting the events surrounding the circumstances of His birth in Bethlehem to the virgin Mary, his family's escape to Egypt seeking refuge from the slaughter of infants (two years old and under) ordered by King Herod (a.k.a. the massacre of the innocents) and his childhood in Nazareth, Galilee.

Then the book shifts to the beginning of Jesus's public ministry and His preaching on repentance and the Kingdom of Heaven, which starts with His spiritual purification (His baptism by the prophet John) and His commitment to the Father (resisting the three temptations in the wilderness - pride of life, lust of the flesh and lust of the eyes) after 40 days of fasting.

Matthew 4:17 - "From that time Jesus began to preach and to say: 'Repent, for the Kingdom of Heaven is at hand'."

The account continues with Jesus calling His first disciples, four fishermen: two brothers, Simon called Peter, and Andrew, and two other brothers, James and John, the sons of Zebedee.

The public ministry of Jesus is a considerable portion of the Gospel of Matthew with the discourses, or sermons, lessons on how to pray, including the Lord's Prayer, parables, teachings on sin and iniquity and, last but not least, healing and miracles. In Matthew, Jesus teaches His disciples what it means to be part of His Kingdom.

The last part of the Gospel of Matthew details the last week in the life of Jesus, from entering Jerusalem in triumph to the Last Supper, his betrayal by Judas, one of His disciples, and his arrest, crucifixion, death and resurrection. The story ends with what is known as the Great Commission, which is Jesus calling on his followers to make disciples of and baptize all nations in the name of the Father, the Son and the Holy Spirit.

Matthew 28:18-20 - "Jesus came and spoke to them, saying: 'All authority has been given to Me in heaven and on earth. Go therefore and make disciples of all the nations, baptizing them in the name of the Father and of the Son and of the Holy Spirit, teaching them to observe all things that I have commanded you; and lo, I am with you always, even to the end of the age.' Amen."

Favorite Verse from the Gospel of Matthew

Our favorite verse is the one where Christ states that he did not come to do away with the Law, but He came to fulfill it.

Matthew 5:17 - "Do not think that I came to destroy the Law or the Prophets. I did not come to destroy but to fulfill."

The Law is still here and it is for today's New Testament believers, as well. What was done away with were the requirements of the Old Testament Law, such as pilgrimages to the Temple, now the Temple is our heart, physical circumcision, now we have the spiritual circumcision of the heart, observing Jewish holidays, dietary laws, animal sacrifices, etc., which are now all fulfilled in Christ Jesus when we conform to Him.

Did You Know That...

According to Papias of Hierapolis (70-130 A.D.), a Greek Apostolic Father and bishop of Hierapolis, the Gospel of Matthew was written in the Hebrew language and some Christians translated it into Greek, which was the lingua franca in those days.

Eusebius (260/265 - 339 A.D.), a Greek historian of Christianity, exegete, Christian polemicist and bishop of Caesarea Maritima, in the Roman province of Syria Palaestina, preserved the excerpt from Papias on the origins of the Gospel of Matthew in his writings. He wrote: "Matthew put the logia in an ordered arrangement in the Hebrew language, but each translated it as best he could."

It is no surprise that some copies of the Gospel of Matthew in Hebrew made their way among Jewish people of Asia Minor, as the first place Paul would go to, when visiting a new city during his missionary journeys, was the local synagogue. Some copies were preserved over the centuries by some Jewish people and scribes, sometimes as part of a manuscript containing parts of other books, sometimes as a whole, as was the case of the so called "Shem Tov Hebrew Matthew", and many of these have survived to this day.

After learning that some Hebrew manuscripts of the Gospel of Matthew, or containing parts of it, had been preserved over the centuries, we began our research and found two very interesting ones containing the full genealogy of Jesus.

Are there contradictions in the Gospel of Matthew?

They both appear to present the genealogy of Joseph, who is the adoptive father of Jesus, not His biological father. But this is not the only problem. 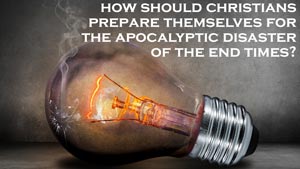 Table of the Book of Acts